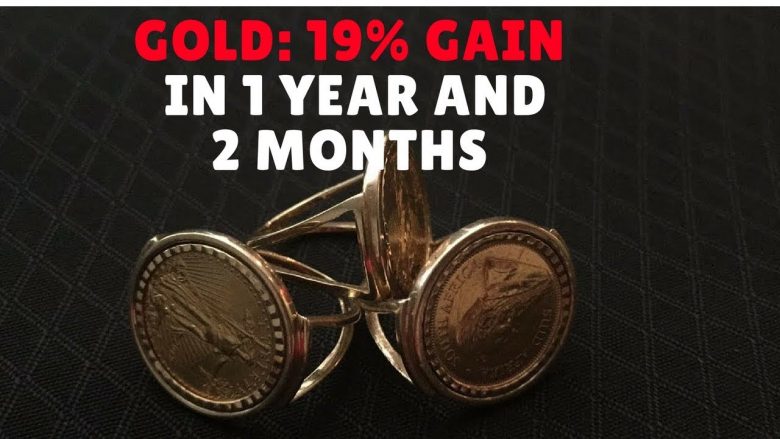 What’s up gang, this is Mike with my RealEstateDOJO and I have an exciting news for you guys, gold has gone up about 19% in one year and 2 months, so again 19% in 1 year and 2 months. So I’m giving you an update on an investment that I’ve been on 2016, December it was almost end of the year so in 2016, December I invested in gold and the price when I bought it was roughly $1,128 for 25 ounces. Today, in 2018 February, gold is trading for 334, the last time made this video, I looked it up. Now if you subtract the 1,300 in what I paid for it and now, it becomes is $206 per ounce so if you would bought an ounce of gold when I bought in 2016, December and until today, that one ounce would have increased to 206 bucks now it fluctuates here and there, some days gold is going up like 234 bucks but right around 200.

If I had that same exact amount of money in let’s say my banking account, let’s say I bought a banking account in Bank of America, whatever bank you decide to chase to bank with, in America or any other country that has a central banking system the most amount that you probably would get paid for is 1% if you’re very lucky, and if you don’t believe me I went to the Bank of America and did a video about it guys, where I went on their website and I showed you guys how much they pay you on their saving account. So at the best banking, whatever bank, I’m not dissing Bank of America, any bank; you will probably get 1% if you’re lucky or less. With gold investment, you would get 19%, 200 bucks is nothing to be like “oh my God this is a lot of money” but imagine if you just had 10 ounces that would have been $2,000, now imagine if you had $100,000 in gold, you would have made $19,000 and your money is safe, it’s not like in stocks where it can go up and down or mutual fund or a risky venture where your money is in jeopardy. Your money is safe and it is going up in value because of the dollar falling, because of the power of the petro dollar weakening, because of so much money the government owes is in debt, because of the stock market being in highest they are, because bonds being in the bubble they are, because interest rates at the bottom low and if they feds raised it, it’s going to cause a crash and this is just the beginning of it, prices are going to go up a lot more.

The point of the story is that the 19% that I got gains in my gold not only beat inflation, the feds say around 2 or 3% but I know they’re lying, it’s a lot more it beat that, it beat me putting into a banking account because in the banking account, not only that I get 1% which nothing, which the 1% overcomes the 3% inflation, instead let’s say my ounce of gold being $200 would actually lose money; not because it wouldn’t be the same amount of numbers if I had 1,128 bucks in my banking account in my savings, 1 year later, it will still be 1,128 bucks, so in that sense it fools me, it fools you, I still have the same amount of money in there. But what happens is, when you take that money to the grocery store or to discount prior, you can’t buy the same amount of goods that you can in 2006 with the same amount of money. So if I had my money in a banking account not only would I have lost, not only I’m making interest or value up my money but I would actually lose money, according to the feds say there’s inflation let’s say 2%, 3% whatever they say and the 1% interest so I would be -1% or -2%. And the other thing is that because of all these bubbles, the real estate, stock, bonds, interests rates all time low, what have you; when the crash comes there’s a good chance that the banking system will actually take your money because last time, the last crash we bailed out these people, all these big bank and institutions that they’re too big to fall. But this time maybe we can’t bail them out maybe we’ll have to bail them in which means that they’re going to take your money in your bank account. That has already happened just recently, if you don’t believe me get on YouTube, there are countries that gone bankrupt using the same central banking system that we have and people couldn’t get their money they have only allowance of like less than a hundred bucks a day to pay rent, food; if you don’t believe me just get on YouTube, I’m not the cheer leader for this stuff that’s happening around the world and that’s the power of the internet because it allows you to look and to see what’s going on in other countries using the exact monetary system. And let me remind you guys in 2006 fourth quarter crash wasn’t because one bank went bankrupt here, it was a country I forgot the name of it that one Bella and another country one Bella. I can’t remember guys nut it was one country that one Bella and then another country and then the big banks in America went Bella. And the reason is because all of these countries are using a central banking system, they have fiat money and they produce inflation and it causes crashes and it’s fake money and it doesn’t empower the people or the countries and it allows everyone to have massive expenditure from people like you and me while we have a car we don’t own, we bought all these stuff from credit cards all the way down to the governments doing the same thing where we’re going for wars we shouldn’t go to, we’re paying for all the stuff that we don’t need and doesn’t benefit us and in return, we are the ones that have to work in the rag race guys.

So simply put if you have money in gold, you would have made this much; if you have cash, you would probably be negative 2, negative 1% the same exact amount of money. So simply put this is what I’m doing and a lot of you guys are going to ask me what about silver, I bought some silver but I don’t really believe in silver, I’m going to do another video if you guys are interested in silver or the rich people or poor people want to buy silver so it lowers the price for gold but in the same exact time, silver may have moved up a couple of pennies 10cens, 20 cents, I think silver follows the lead of gold and it’s only for the short period of time but gold is where everything’s at and I had to go back and redo it I wouldn’t buy any silver, I think it’s a waste of money; my gold has appreciated silver. I’m sure when the crash comes which is around the corner, ounce spike up but it’s not going to hold its value like gold, gold’s like bit coins and all the other stuffs are like silver.

I bought silver but again if you would just look at 2016, December, silver doesn’t come up that much. Sure when the crash will come, it will spike up but if I would redo it, I will put all my money into gold instead of silver but you know, everyone has their own opinion so I think silver’s going to go up when the crash comes, yes but is it going to go up like gold? I don’t think so, I don’t think it’s going to beat inflation unless some kind of emergency happens like 2016 last crash or the new crash coming. Regarding the stinky bankers, I think you’re 100% right they print money out of thin air, they enslave all of us and here’s the great thing about bit coin and the fiat money that we have by federal reserve; when the federal reserve prints money, we all have to pay interest on that, and that’s where pretty much comes our income tax, if you think income tax goes to building, but in reality it goes paying up those stinky bankers. The great thing with bit coin is that when that money is created through mining actual proof of work is done and there’s no interest to paid to anyone, there’s no one in there to receive the interest, or the banks we got to pay them because they print the money out of thin air, where with bit coin once that person or company does the digging for and solving the algorithm and does the proof of work, there’s no interest, there’s money created but there’s no interest, no one to pay or there’s no middle man to do the book keeping and they’re closed like two days a week.

Don’t forget guys, I have a fire sale on my website, tons of products that I just put significant deep discount for you guys to save money to be your dreams guys. Don’t take no for an answer, hustle and bustle, Thank you. 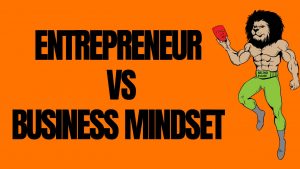 The True Power of Entrepreneur Mindset vs Business Mindset 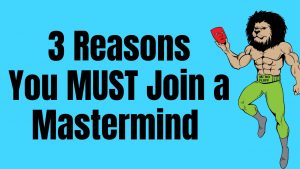 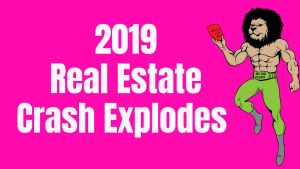